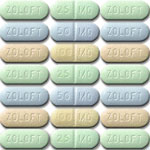 The lawsuit, Shainyah Lancaster, et al. v. Pfizer, Inc., cause no. 1222-CC00766, was filed on Feb. 2 in St. Louis Circuit Court on behalf of 18 children born with defects after their mothers were prescribed Zoloft while pregnant. The suit was brought on behalf of the plaintiffs by the law firms of Carey Danis & Lowe; Matthews & Associates; Freese & Goss; and Clark, Burnett, Love & Lee.

The suit notes that SSRIs have been found to cause severe birth defects in the children of women who were prescribed the drug while pregnant and alleges that Pfizer knew or should have known of SSRI studies revealing that children born to mothers who had taken SSRIs during pregnancy had a greater risk of congenital birth defects such as atrial septal defect, multiple holes in the heart and persistent pulmonary hypertension of the newborn. The plaintiffs also allege that Pfizer knew that physicians were prescribing Zoloft to women of childbearing age but failed to adequately warn the medical community and the public of the danger.

The lawsuit asserts state law claims against Pfizer of negligence; negligence of pharmacovigilance, which requires Pfizer to monitor safety data for its drugs; strict liability; negligent design; failure to warn; and fraud. The suit seeks actual and punitive damages.

“Since the 1990s, mounting evidence has shown that SSRIs, including Zoloft, are dangerous for pregnant mothers and their developing babies,” explains Jeffrey J. Lowe of Carey Danis & Lowe. “Unfortunately, Pfizer hid that information.”