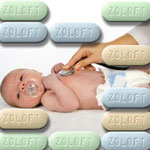 A distributor of Zoloft has been removed from a California lawsuit that alleges the drug caused Zoloft birth defects in her son. The Court of the Central District of California ruled that plaintiffs Lisa and Jacob Gray did not provide sufficient evidence to prove that the drug distribution company McKesson failed to warn patients about the side effects of Zoloft. The decision could impact future Zoloft lawsuits, as plaintiffs may have to reconsider naming drug distributors in these types of claims.

Child’s Zoloft birth defects could have been prevented if company’s had properly warned, lawsuit says

In the lawsuit, Lisa Gray claims that she was treated with the popular SSRI antidepressant Zoloft while she was pregnant with her son, Jacob. Jacob was born with a condition called coarctation of the aorta, a condition in which blood flow is restricted to the heart. He had to undergo surgery when he was born, and also at two years old, in order to treat the problem. Gray alleges that Pfizer (the company that manufactures Zoloft) and affiliated companies that participate in sales, marketing and distribution of Zoloft knowingly hid information relating to the severity of Zoloft side effects.

Research shows the side effects of Zoloft can be serious

In the last few years, many studies have been released indicating Zoloft may adversely affect people’s hearts. A 2007 British Medical Journal study showed that the likelihood of a child being born with heart defects was twice as much in women who took Zoloft while pregnant, than women who did not take the SSRI. A 2008 Duke University study of heart disease patients suggested that Zoloft may also adversely affect adults’ hearts.

There have been a number of Zoloft lawsuits filed recently relating to heart defects and other Zoloft health complications. The removal of McKesson from Gray’s lawsuit produces yet another hurdle for Zoloft lawyers seeking justice for their injured clients.