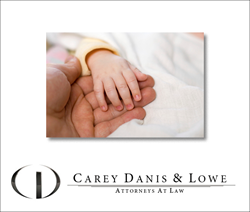 Carey Danis & Lowe has launched an investigation into alleged Topamax related injuries, specifically those pertaining to alleged congenital birth defects. The announcement of the law firm’s investigation coincides with news that the Philadelphia Court of Common Pleas has settled 76 Topamax cases.

As a pharmaceutical product liability litigation firm, Carey Danis & Lowe represents victims of defective drugs and medical devices. It is for this reason that the St. Louis law firm has launched their investigation into Topamax. According to the defective drug lawyers at Carey Danis & Lowe, part of the law firm’s investigation is expected to involve hearing the stories of families who claim to have been negatively impacted by the anti-seizure drug.

According to a court document filed on April 2, 2014, a Philadelphia court had settled the 76 Topamax cases on April 1.* The individual cases had been consolidated into a mass tort in the Complex Litigation Center in the Philadelphia Court of Common Pleas. The Topamax mass tort is In Re: Topamax Litigation, case no. 110602131.

In November 2013, Topamax manufacturer Johnson & Johnson (J&J), and their subsidiary Janssen Pharmaceuticals, lost a case in the Philadelphia Court of Common Pleas.** The jury ordered J&J to pay the plaintiff $11 million. The plaintiff filed her lawsuit against J&J claiming that, after use of Topamax while pregnant, her son was born with a cleft lip.

Carey Danis & Lowe is a dedicated advocate of victims who have been harmed by defective drugs. With the law firm having launched their investigation into Topamax, Carey Danis & Lowe defective drug lawyers are currently available to discuss legal options and compensation eligibility with families who claim to have been harmed by the drug. The St. Louis law firm can be reached at 800.721.2519.