Carey Danis & Lowe proudly represents individuals injured by America’s largest corporations. We are dedicated to fighting for our clients’ rights and will demand just compensation for any injuries caused by the Paraquat chemical. If you or a loved one was exposed to Paraquat and subsequently experienced debilitating injury or illness, don’t hesitate to contact our attorneys for a free case consultation.

Signs of Paraquat Exposure and Poisoning

How Paraquat Can Cause Parkinson's

Paraquat is a weed killer that has been shown to cause Parkinson’s Disease (PD). Paraquat became commercially available in 1964. The Paraquat chemical is so dangerous that it is banned in more than 50 countries, and a special license is required to purchase and use it.

Individuals who use it are 2.5 times more likely than the general population to develop Parkinson’s Disease. It is often used on farms instead of tilling because, unlike Roundup, Paraquat kills everything.

Signs of Paraquat Exposure and Poisoning

Even a brief period of exposure to Paraquat can cause significant damage to humans due to its highly toxic composition. As such, prolonged exposure can lead to more severe injuries or death.

Immediate signs of Paraquat exposure include:

Long-term Paraquat exposure, inhalation, or ingestion can cause the following:

Federal lawsuits against the manufacturers of Paraquat have been consolidated in the United States District Court for the Southern District of Illinois for pretrial proceedings. Carey Danis & Lowe is at the forefront of the national litigation. Carey Danis & Lowe is accepting clients who have been exposed to Paraquat and thereafter either have been diagnosed with Parkinson’s Disease or take medication for symptoms associated with PD.

Those exposed to Paraquat and later diagnosed with Parkinson’s may be eligible to file a lawsuit. You have legal options if you suspect your PD traces back to Paraquat exposure; however, you must provide information regarding the time and place you were subjected. Additionally, Paraquat required a license to purchase and a registry of all users after 1978. The experienced Paraquat lawsuit lawyers at Carey Danis & Lowe can investigate your case, determine if a factual claim exists, and represent you in legal matters.

Furthermore, our Paraquat attorneys can secure evidence that proves liability, identify the full extent of damages available, and negotiate fair compensation for your injuries. Filing a suit to recover damages for your suffering can increase your chances of Paraquat settlement and hold the large corporations accountable for their actions. Statutes of limitations for Paraquat claims vary depending on where you live, so you must contact our experienced personal injury attorneys as soon as possible for a free case consultation.

The Paraquat Parkinson’s Disease lawsuit involves the Paraquat chemical used in numerous brand names, including but not limited to:

There are no blood tests or scans that can diagnose PD. Individuals may experience symptoms without a formal PD diagnosis.

Symptoms associated with Parkinson’s Disease include:

There is no cure for PD, but medication may manage symptoms. Suppose you have had Paraquat exposure and are taking any of the following medicines to treat PD symptoms. In that case, you may qualify for Paraquat litigation even without a formal PD diagnosis.

How Paraquat Can Cause Parkinson’s

Even the slightest Paraquat exposure can permanently disrupt the nervous system due to its ability to induce oxidative stress. Paraquat breaks down oxygen atoms within cells when in contact with any living organism, leading to death. While proven successful in farming, human oxidative stress has negative, damaging, and irreversible effects.

Paraquat causes significant damage to the neurons that produce the neurotransmitter dopamine in the brain. This loss of dopamine leads to Parkinson’s disease symptoms, including impaired fine motor skills. The herbicide can increase the risk of PD by swallowing or simply living near an area where it’s sprayed.

If you believe you should be part of the Paraquat Parkinson’s Disease lawsuit, our skilled attorneys have the experience, knowledge, and resources to represent you. Contact our Paraquat lawyers today! 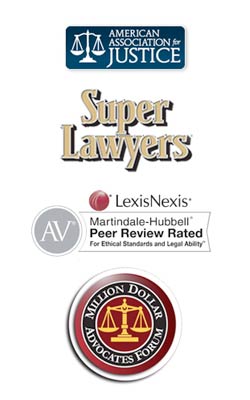